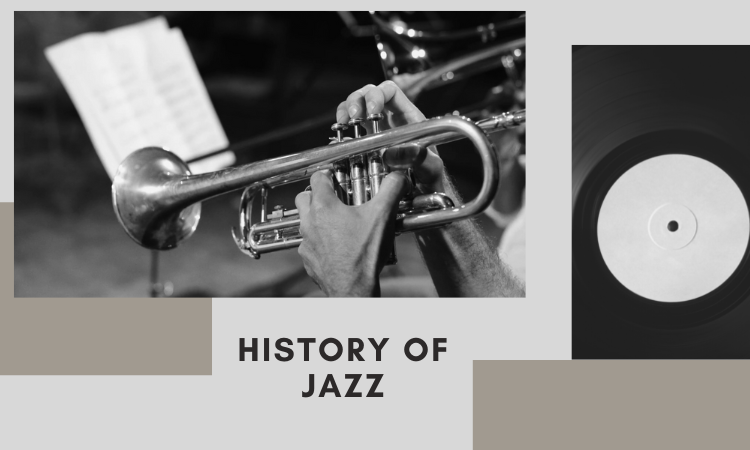 Oklahoma musicians were instrumental in the creation of the so-called “Kansas City” style of jazz, bluesy dance music contrasting with the Dixieland ragtime of New Orleans.

The evolution of jazz music, according to historian and University of Oklahoma professor William Savage Jr., can be traced through the migration of blacks westward from New Orleans, through Texas and Oklahoma, to Kansas City.

From 1890 to 1910, blacks immigrated to Oklahoma, turning El Reno into a center for ragtime musicians and creating the “black towns” of Langston (1892), Clearview (1903), and Boley (1904), which developed their own marching and concert bands just as prior Indian Territory communities had. The black migration westward after World War I, which continued until the Great Depression, spread Oklahoma’s jazz music across the country. 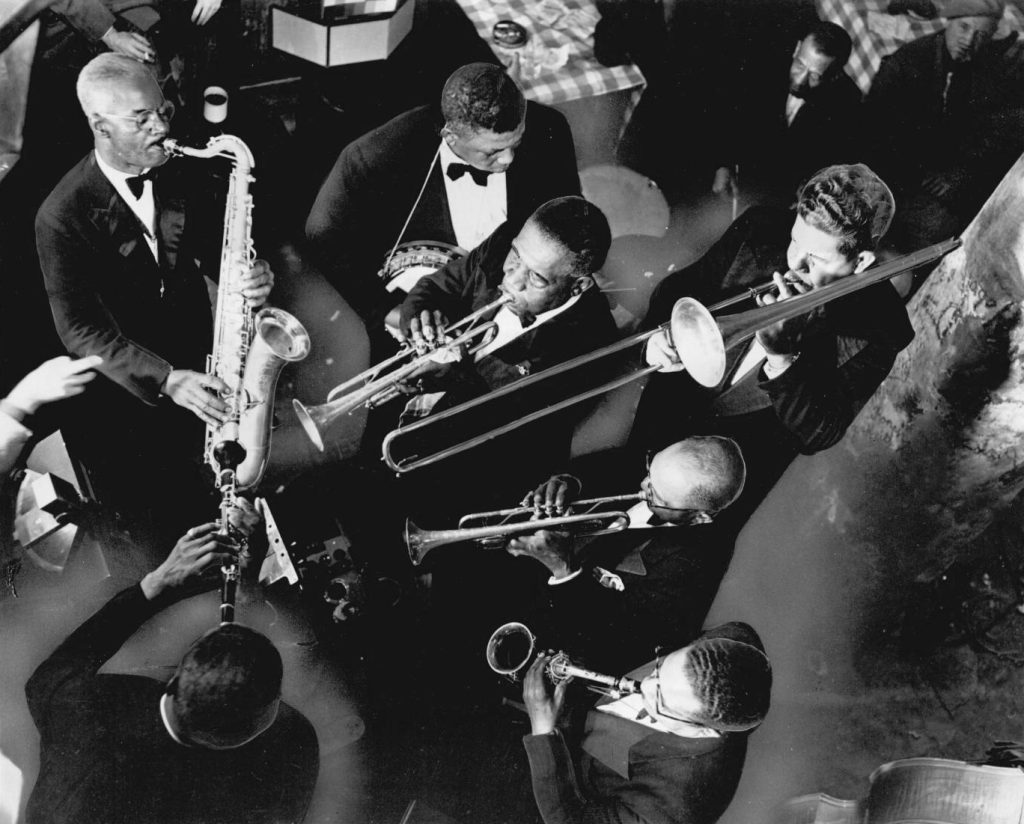 During and after the Depression, which closed clubs and jobs, Kansas City jazz took to the road; “traveling jazz bands” roamed the Southwest, making major stops in Tulsa, Muskogee and Oklahoma City. As a result, Oklahomans became deeply involved in the swing and bebop eras of jazz.

Jay McShann, born in Muskogee, exemplified the Kansas City sound. His big band featured some of the most influential jazz musicians of the time, including Charlie Parker, Bernard Anderson, and Ben Webster. He also wrote the hit “Confessin’ the Blues,” which the Rolling Stones would go on to cover in 1964.

Roy Milton and Ernie Fields also based most of their musical careers in Oklahoma, making strides in the nascent genre of R&B. Hal Singer, who played with such greats as Charlie Watts and Duke Ellington, made his mark with the #1 instrumental hit “Corn Bread” and went on to lead a band in France. Barney Kessel, also Muskogee-born, played with Charlie Parker and Oscar Peterson and, as a sought-after session musician, became one of the most recorded guitarists of all time; he ranked among the top of ‘50s and ‘60s national and international jazz polls.

Jazz trumpeter Chet Baker, from Yale, Oklahoma, gained widespread fame as a result of his hit recording of “My Funny Valentine” with the Gerry Mulligan Quartet. Both an instrumentalist and a vocalist, Baker toured in the U.S. and Europe and appeared at Carnegie Hall.

Many other prominent Oklahomans have hit the national and international jazz scene. Oscar Pettiford (the first jazz cellist), Jimmy Rushing (lead singer for the Count Basie Band), Howard McGhee (Downbeat Magazine winner), Frank Mantooth (bandleader and arranger), and countless others have made Oklahoma a vital part of jazz history.