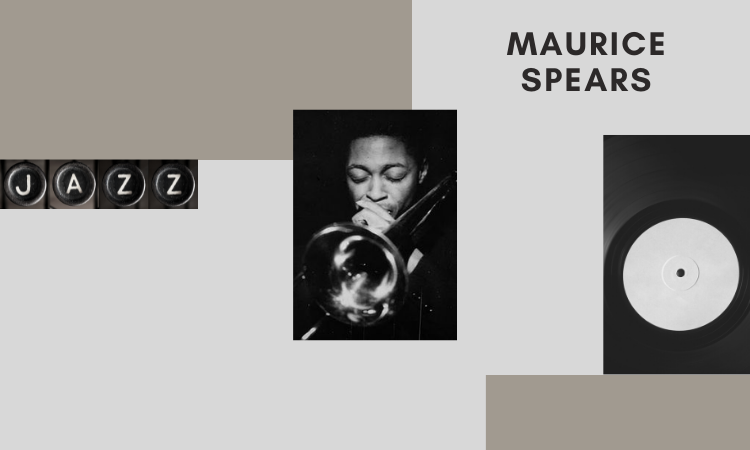 Maurice Spears has played an integral role in the music business for more than four decades. Among his many accolades, his peers recognize him as a “first call” bass trombonist on the West Coast, where in the 70s and 80s he honed his skills as a studio musician and an accomplished sideman in big bands.

Born in Oklahoma City, Maurice was surrounded by jazz. His parents owned a café in OKC and they were host to many jazz bands and artists that came to the city to perform. At age 27, Spears was leading his own big band and various sized combos. They performed in nightclubs, played social engagements, and provided pick-up for stars that came through OKC such as Lou Rawls, Jackie Wilson, and Jesse Belvin.

Spears graduated from Langston University with a degree in music education. He did his graduate studies at the University of Oklahoma City in Norman. Spears received musical training while he served in the U. S. Army at the Army Element of the Navy School of Music in Washington, D.C.  He later served in the 62nd Army Band.

In 1966, Spears relocated to Los Angeles. He immediately began networking and affiliating with local musicians. By 1967, Spears was a member of the Ray Charles Orchestra, traveling the world.

Maurice Spears has taught in the Los Angeles Unified School District and the public school system in Oklahoma City and is a mentor to several young trombonists, including candidates and recipients of the Thurman Green Memorial Scholarship Foundation. The foundation is an organization that awards scholarships to college-level trombone students.

Spears is currently a member of the Clayton-Hamilton Jazz Orchestra, where he serves in the capacities of librarian, music copyist, and bass trombonist.

Check out okjazz.org for more posts about musicians.